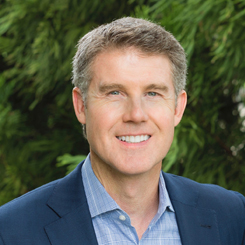 Joining Thryv in October 2014, Walsh serves as Chairman and CEO.  He is charged with leading the overall company strategy and operations.

A respected leader in the industry, Joe brings a wealth of experience to Thryv with previous leadership roles in a variety of companies. Throughout his career, Joe has successfully guided companies through significant growth periods, mergers and acquisitions, international expansions, and public listings and restructurings. Joe brought a new strategic direction to Thryv.

Most recently he was the CEO and chairman of Walsh Partners, a private company focused on investments and advisory services. He previously served as executive chairman of Cambium Learning Group (NASDAQ: ABCD), a leading educational technology company. During Joe’s tenure at Cambium, the company expanded its SaaS offering globally into 43 countries.

Joe served Yellowbook as President and CEO for over 20 years where he led the company through a series of acquisitions and new market launches, as well as unprecedented growth online. The company saw U.S. revenue expand from $38 million to $2 billion, with revenue doubling every two years for more than a dozen years. Global revenues topped $4 billion following a successful IPO on the London Stock Exchange.

Joe is a past winner of Ernst and Young’s “Master Entrepreneur of the Year.” A front-page feature in the Wall Street Journal highlighted his accomplishments in an article titled “Yellow Book USA Grabs Business from Baby Bells with Cheap Ads.” In 2010, Joe was among an elite group of U.S. leaders selected to participate in the Joint Civilian Orientation Conference sponsored by the U.S. Secretary of Defense.